SHOULD AULD AQUAINTANCE BE FORGOT! AND SOMETHING THE OLD LANG SYNEEEE!!

I should really learn the words to that.  HAPPY NEW YEAR EVERYONE!  It’s officially the last day of 2015 and I think it’s time to reflect on the past year as a whole…

Luckily, Facebook has saved you from Monzi’s Top 5 List of 2015 Moments from the Life on the Block of 26 years in 2015 filled with banter about Miami, Wahlburgers, Blogs, Apple Pie, Tweets from Kirstie Alley, Blood Transfusions, etc. Thank you, Mark Zuckerberg.

For this blog, we’re going BACK IN TIME! WHOOAAAAA!!! I was looking at my Time-Hop on Facebook and on this VERY DAY in 2008 (7 years ago) I wrote a “Note” on Facebook entitled hmmmm…:: should auld aquaintance be forgot… goodbye 08!

As I read the note… I laughed, mostly because of my poor grammar usage, but also because this poor girl has NO IDEA what she’s talking about. I  vaguely remember 08…there were moments of major suckage, yes.  I will grant my 19 year old self that. 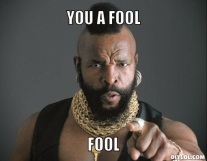 Either way,  good, solid life lessons hold true for…well, life.  They never change or compromise.   I was encouraged by 19 year old me because as I read her words I noticed all the things she went through then, I’m still going through now…just more intense.  Little does she know that 2008 was just the beginning of what God had for her life.

And that is why I’m using THAT old blog for THIS new Monzi! We’re going BACK TO THE FUTURE!

PLEASE NOTE! I’m literally copying and pasting what I found on my Facebook.   The only thing I’m changing is the format for the headings…cuz i’m OCD about stuff that’s not important.  Laugh with me on grammar usage and especially for my comments at the end.  You’ll see when you get there.  I still love me some POTUS and Dark Knight tho…don’t judge.

hola ppls!
so! it has come to my attention that this is the last day of 2008! so in accordance to the laws of blog authors….i suppose this is a great time to wrap up 2008 in a few paragraphs…so let us begin! *ahem*

no, really lol… 08 really has not been the best year all around for, well….anyone. it’s been a time of change. a time of turmoil. a time of stress. a time of just plain, old hardship…. no one can deny that no matter who you are, where you live, or what you were doing… 08′ was been a time of ups and downs.

but to put it into one word…..all in all, i think 2008 was a time of “weeding” for most.
exposing the nasty so you can get rid of it.
getting rid of the junk that stops you from blooming.
really just bringing out the hard, deep down, hidden garbage in order to learn more about yourself, more about your life and more abut God, so that your “garden of life” can be fruitful.

nonetheless….through all the weedings of this year, 2008 did show me what true blessings i have and helped me to discover the hard life lessons of *shivers* growing up. for example! ((i love lists! lol))::

1. i learned more about my Lord and Savior who is there for me no matter how dumb and stoopid and caught up i may be.::

i got lost and He found me. i got scared and He comforted me. i always always always did and forever will fall short and He’ll still love me no matter what. 2008 showed me that what i know about Him is a lot different from what i experience with Him.

2. i learned what true love and relationship really mean.::

i have a loving mother…who although we have our moments… day in and day out i can see Christ love manifested in her… and it’s truly a blessing to see and learn from it. i found out that it doesnt matter what relationships you gain or lose or what have you… but that everyone and everything is in your life for a reason…whether good or bad. what matters however, is how you let those people/things/situations effect and take impact on your life.

3. i learned how to really put into action the whole “life is short” idea.::

life is really too short to mess around with… a lot of people lost friends and family members to violence, suicides, or insanely crazy events that one would never imagine. its time to stop the nonsense and do something significant with the precious life given to you. i remember watching the dark knight and just thinking “WOW… heath ledger is absolutely brilliant in this…i can only imagine what he could have done….” ((and not saying he didnt do great things….cuz i didnt know the guy personally, but still…)) i dont want that to be me. i dont want people to look back at my life and say “wow…imani COULD HAVE done so many great things…” do you? do you want to be a COULD HAVE DONE…or a DID??
really… DO THOSE GREAT THINGS NOW!!! don’t just sit and get wrapped up in your own world and garbage… there so much more out there. so many opprotunities to grab ahold of. so many life challenges to pull through. so much life has to offer! make a difference! make an impact! make something of your life!

4. God is in control… and although there may be suffering, it’s always for the greater good.::

whenever there’s a tough time….there’s always a burden that will be lifted.
whenever there’s darkness… there’s light nearby…
when there is sadness… that just makes you’re next laugh a little bit brighter and better…
there’s always an upside to a downside of things so dont get stuck in the mud… there’s dry land somewhere in the future.
all the hardships really just make you cherish the good times in your life.

so! with all that…. yes. i have lost/gained schools, friends, computers, homes, hemoglobin…etc… 2008 still didnt get me down! i’m still here…proud and standing ((really sitting and typing lol)), ready, willing and equipped for the next task at hand!

so the point of this blog::

hmmm…yea i think that’s good lol see you all in the new year!… still owe you a blog about mell…PEACE!!!

All of this just makes me more in awe of the Lord.  How encouraged I am by God that, even then, He imprinted so many great things into my heart that I didn’t really GET until later, but I still cling to today. He was good then, He is good now, and He will be good in 2016 and beyond!